For the present pupils of Ballinakill N.S conditions are very comfortable compared to that of our ancestors over 200 years ago. The earliest records of education in Ballinakill date back to the Hedge schools at the beginning of the 18th century. The first known hedge school in our area was held in the townland of Cappacon. The headmaster there was Michael O'Mainnin. Some teaching of Irish took place but people were more concerned with learning English as they needed it for civil service positions and emigrating. Some Hedge schools taught Greek and Latin to prepare boys for the Priesthood.School took place under a hedge as the Penal laws would not allow Irish children receive a Catholic education.The British army were Protestant and wouldn't allow Irish children receive a Catholic education. One pupil at a time was left on guard. If the British army arrived the children would hide and school would end for the day. Another Hedge school would have to be set up in a more remote area.

The Hedge School by Alison Flynn 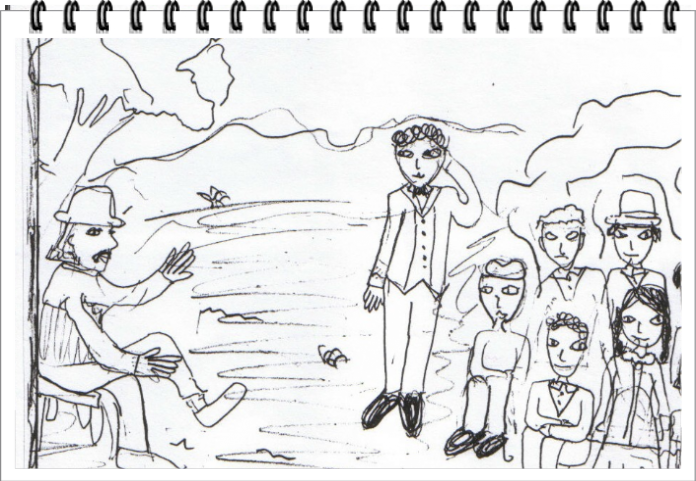